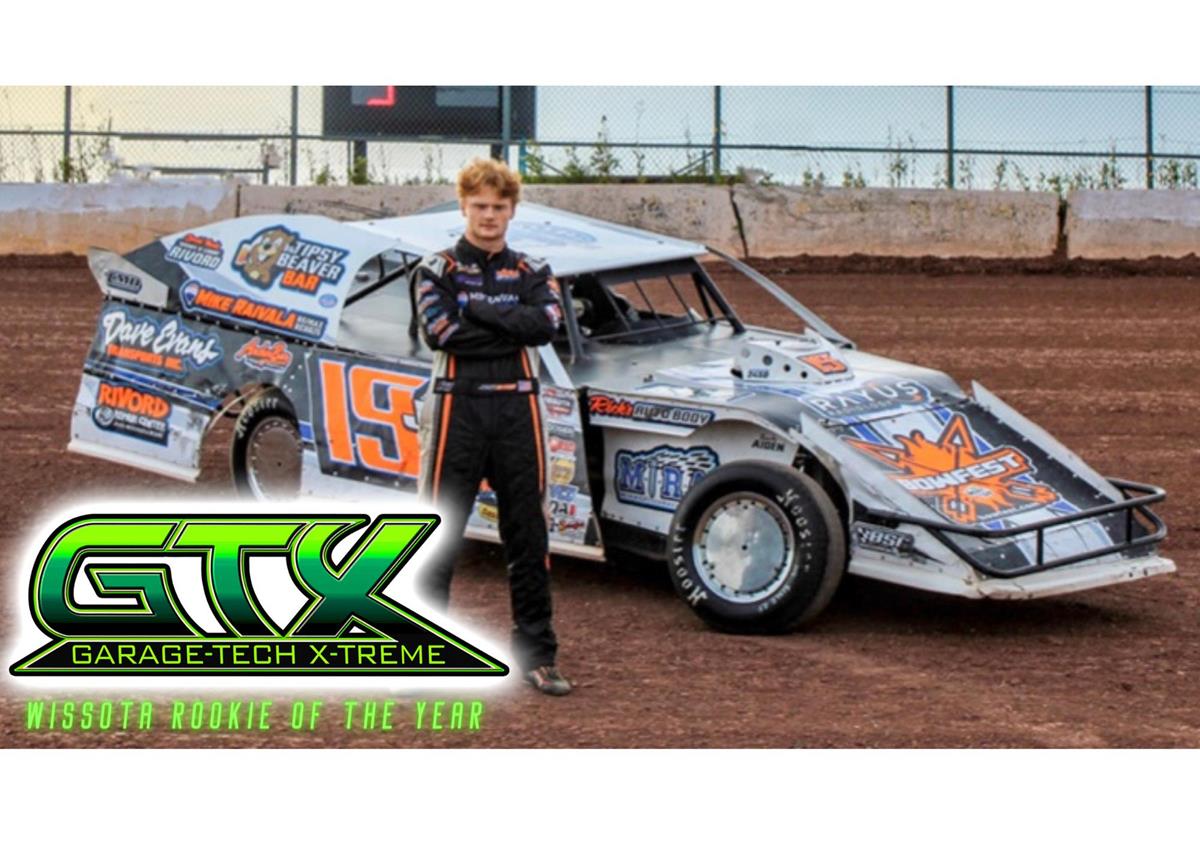 Rivord, a 4th generation racer, who comes from a very successful Twin Ports-based racing family, had a successful Go Kart, Mini Mod and WISSOTA Midwest Modified career leading up to moving into the Modifieds this season and made the most of the jump into the Mods by topping the other 35 WISSOTA Modified rookies en route to the ROY title. Rivord beat out Thunder Bay, Ontario, Canada’s Colin Chaschuk by 143 points to secure the title.
Rivord, who picked up three feature wins during his rookie season also finished 10th in the final WISSOTA Modified National Points at season’s end after entering 47 events at tracks such as the Gondik Law Speedway in his hometown of Superior, WI; the Rice Lake Speedway in Rice Lake, WI; the Red Cedar Speedway in Menomonie, WI; Halvor Lines Speedway in Proctor, MN; the Hibbing Raceway in Hibbing, MN; the Grand Rapids Speedway in Grand Rapids, MN; the Thunder City Speedway in Thunder Bay, ON and the Emo Speedway in Emo, ON. Jack’s three wins came at Rice Lake, ABC and Thunder City.

Jack would have entered more events if he was able, but he is a straight-A student in high school at Superior High School and is also a standout football player, and his senior season of football started in August, so the team wrapped up their season before his football schedule began, therefore they raced as hard as they could earlier in the season to try to secure the rookie title before he had other commitments in the fall.

When looking back on his rookie season, Jack remembers one night especially that stood out, which was his first-ever win in the Modifieds, coming at Rice Lake. Not only was it a special night because it was his first Modified win, but the way it unfolded was truly special. Jack recalls ‘my most memorable moment from this year was for sure my first win in the Modified at Rice Lake’s Season Opener. In the heat race, we blew apart the fifth coil and lost the spring for it. After looking for the spring throughout all the rest of the heat races and walking the track at intermission to no avail, we decided we would pack up and go home. Then, one of the track workers found the spring in a pile of mud and we had to race to get the spring back on the car and make it out to the start at the back of the feature. We ended up working through the pack, and with the help of a few cautions, we found ourselves in the lead with three laps to go and took it home from there!’ He went on to say that the goals he set for this season were to consistently compete and run in the top five, which he was able to do and he mentioned the biggest challenge from the Midwest Modifieds to the Mods was to learn how to drag the brake and the horsepower and traction difference from one class to the other.

He wanted to also throw a special thanks to Skip’s Performance, MB Customs Race Cars, CMD Shocks, OFI Performance and Buzz Signs & Graphics along with his support system, which consists of his mom Becki, dad Ryan, girlfriend Samantha and pit guy John. He went on to say ‘I can not thank everyone that supports me enough. Without my sponsors, fans, pit crew, and especially my dad, none of this would have ever been possible.’

Jack said ‘being the Modified Rookie of the Year heals the wound from my rookie season in the Midwest Modifieds four years ago when I finished a very close second in the rookie standings, so this year definitely makes up for that.’
Jack plans to race hard in 2023 and hopes to run the full season and enter all of the fall invitationals as well since he will be graduating high school in June and won’t have fall football commitments to get in the way.