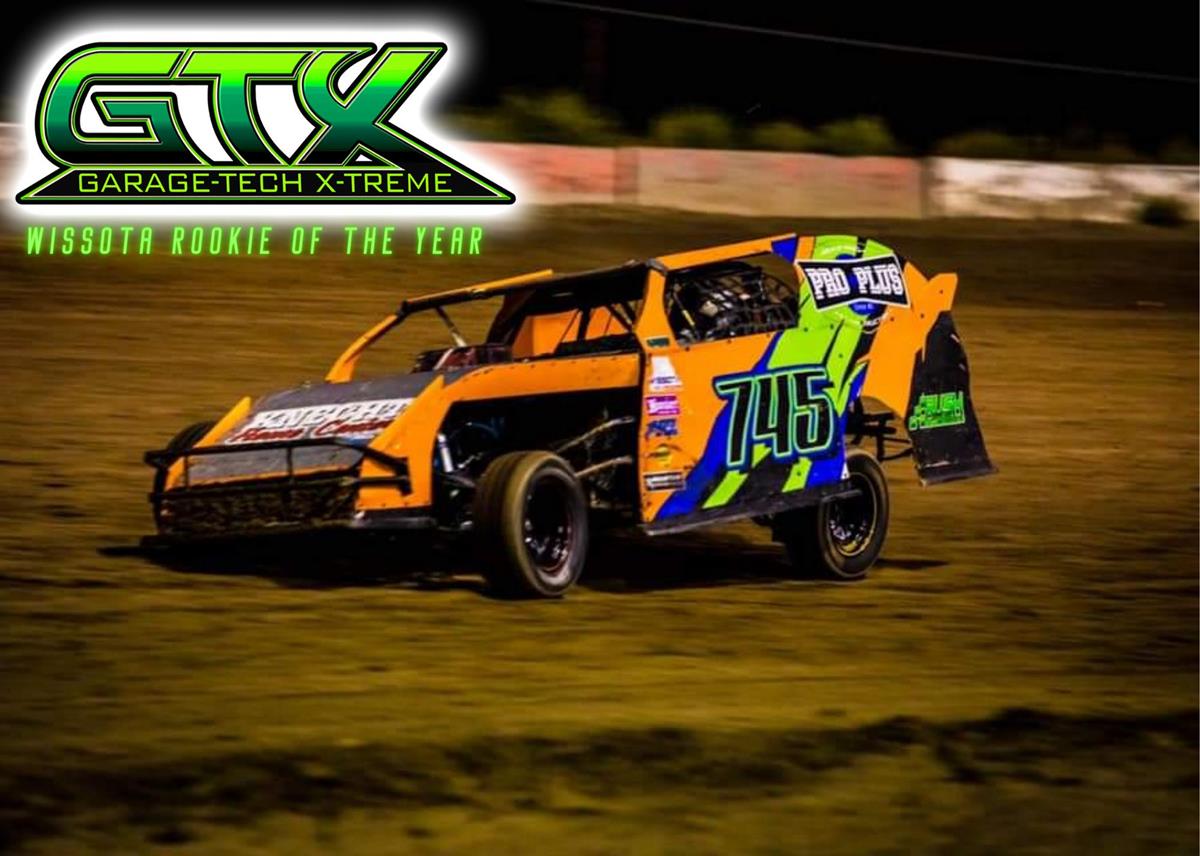 20-year-old Tyler Sikkenga just capped off his first season behind the wheel of any type of dirt race car and raced to the WISSOTA Mod Four Rookie of the Year title for his efforts. Sikkenga, from Gillette, Wyoming, entered 38 events during the 2021 season and raced to an impressive five victories during his rookie campaign. Tyler snagged the ROY title by a thin 17 point margin over fellow Gillette, WY rookie Braddy Taylor.

Tyler’s wins came at the Sheridan Speedway in Sheridan, WY; the Casper Speedway in Casper, WY and at the Black Hills Speedway in Rapid City, SD. He also ran inside the top five during 27 of his 38 starts and finished inside the top ten in all but one start on the entire season. His 5-win season solidified him into 6th in the final WISSOTA national point standings as well. '

Along with Tyler’s 5 wins, he also won the 2022 Sheridan Speedway Mod Four Track Championship for his efforts and picked a few special moments from this past season to reflect on, including June 26th at Sheridan when he raced to his first career feature win and beat defending National Champion Tommy Bawden in the feature; July 22nd at Black Hills when he won on a half mile for the first time; August 6th and September 10th at Casper when he raced to his first wins in Casper and beat former National Champion Dean Larson in the process and September 24th at Sheridan when he set fast time, swept the heat and feature and edged both Larson and former National Champ Dustin Holtquist for the win that night as well.

Tyler also picked out the Parade of Champions at the Speedway Motors WISSOTA 100 at the I-94 Speedway in Fergus Falls, MN as one of his season highlights. He mentioned how cool it was to have that many cars, five-wide, circling the track before the biggest race of the year.

When asked to reflect on the season, Tyler said ‘winning the 2022 Rookie of the Year title to me means that all the late nights working on the car and all the knowledge you try to figure out about the car in a short season is worth it. It shows with hard work and dedication to something even people from a town in the middle of Wyoming can go and compete with the National Champions.’ He went on to say ‘I have never raced dirt cars before. Me and my little brother raced motocross and both got in dirt cars this season and started spinning laps with some of the best.’

Sponsors on Tyler’s #745 include Proplus Roofing and Construction, Next Level Glass and Graphics, Manning’s Repair and Salvage, Big O Tires, Leiker Racing, Rush Motorsports Wyoming, AV Tech Gillette and CB Photography.
Tyler is supported by his mom and dad Tana and Nate Sikkenga, his sisters Vanessa and Aspen, brother Jason and his wife Chloe as well as the rest of his family, friends, supporters and his great sponsors for being such a huge part of his success. He also wanted to give a big thanks to his crew, which consists of his dad, brother, Troy Leiker, Hayden Minchow, Colby Weight and Torey Rush.

Tyler plans on returning to the WISSOTA Mod Four division during the 2023 season, looking for more wins and to hopefully contend for his first National Championship at year’s end.