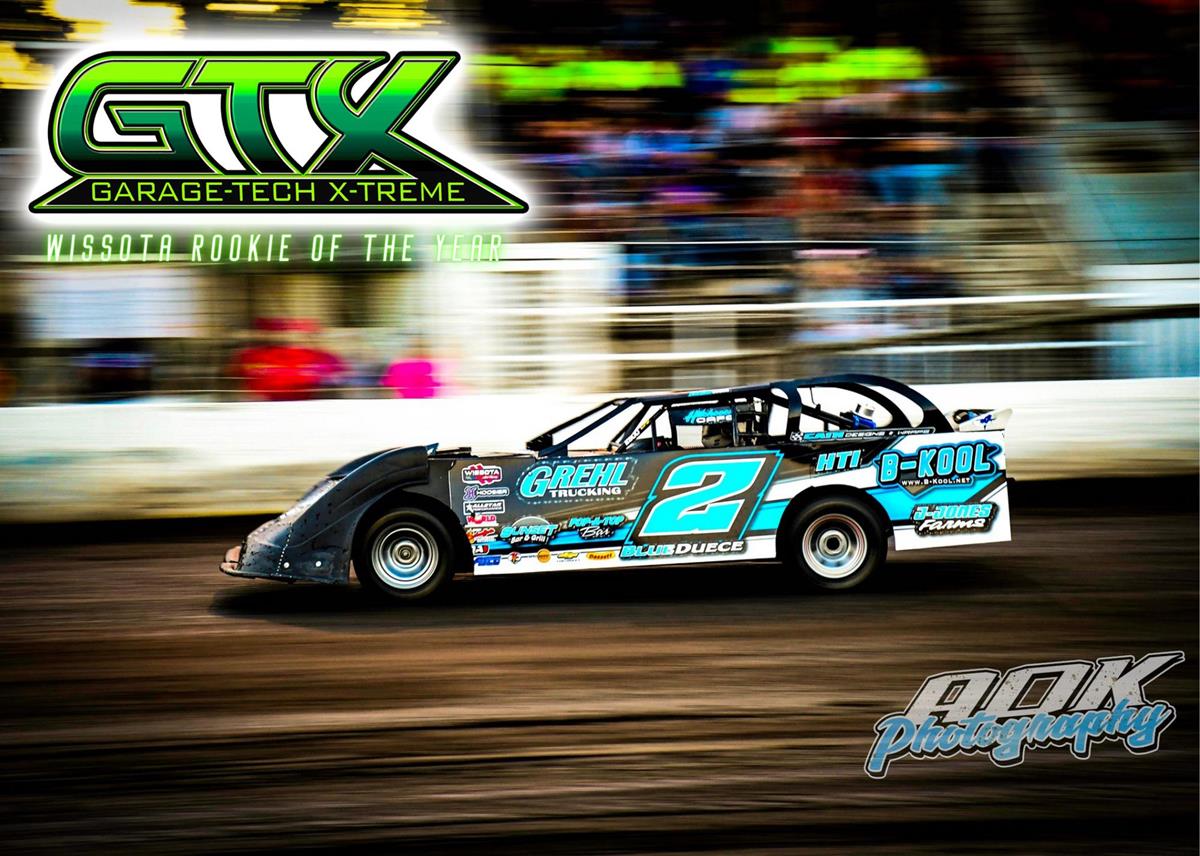 Nathan Grehl, who hails from the small South Dakota town of Hitchcock, raced to the 2022 WISSOTA Super Stock Rookie of the Year title this season, picking up a pair of feature wins along the way. Nathan entered 32 WISSOTA-sanctioned events during the 2022 season at seven WISSOTA tracks including the Brown County Speedway in Aberdeen, SD; the Fiesta City Speedway in Montevideo, MN; the Miller Central Speedway in Miller, SD; the Dakota State Fair Speedway in Huron, SD; Madison Speedway in Madison, MN; Big Sky Speedway in Billings, MT and the I-94 Speedway in Fergus Falls, MN and he was fortunate enough to race into victory lane twice during the year. He also was able to race to 28 top-ten finishes during the 32 feature races he started. During those 32 events, Nathan picked up his first feature win on July 22nd at the Brown County Speedway and then backed it up with his second career win the following week, on July 29th, also at Brown County.

Nathan chose the night he won his first career Super Stock feature as his most memorable moment from this past season, but not only because it was the night of his first win, but he recalls ‘before I got in my car, I yelled over to my brother-in-law Eric Edwards and told him that he better win his race tonight and he said ‘if you win your race tonight, I’ll win mine’ – We both ended up winning that night. He got his first Late Model win and I got my first Super Stock win as well.’

The 2022 season was Nathan’s seventh season behind the wheel of a race car. He started his racing career in the Street Stock division in 2016, but managed to roll his car the second night out. He then moved into the Midwest Modified class in 2017 and raced that until this year when he moved into the Super Stock class.

Grehl’s Blue Duece #2 is sponsored by Grehl Trucking, Sunset Bar & Grill, Pop-A-Top Bar, B-Cool, Hitchcock Café, Agtegra, Buchholz Farms, Hofer Farms, Emerge, Kohnen Trucking, Maximum Muscle, Show Time Shocks, Affordable Chassis and Zeuli’s Race Engines. He is supported on and off the track by his wife, his kids, and his parents and his crew member Kodee. Nathan also wanted to give a big shout out to Joel Henkemyer with Affordable Chassis, Ron Anderson from Dirt Track Supply, Frank Zeuli from Zeuli’s Racing Engines, along with Trevor Nelson, Kent Arment, Justin Boomsma, Blake Whitlock, his mom, his dad, his brother and his brother-in-law.

Nathan said more of the same is his plan for the upcoming 2023 season as he plans to race weekly at his local tracks, along with some specials and see how the season unfolds.