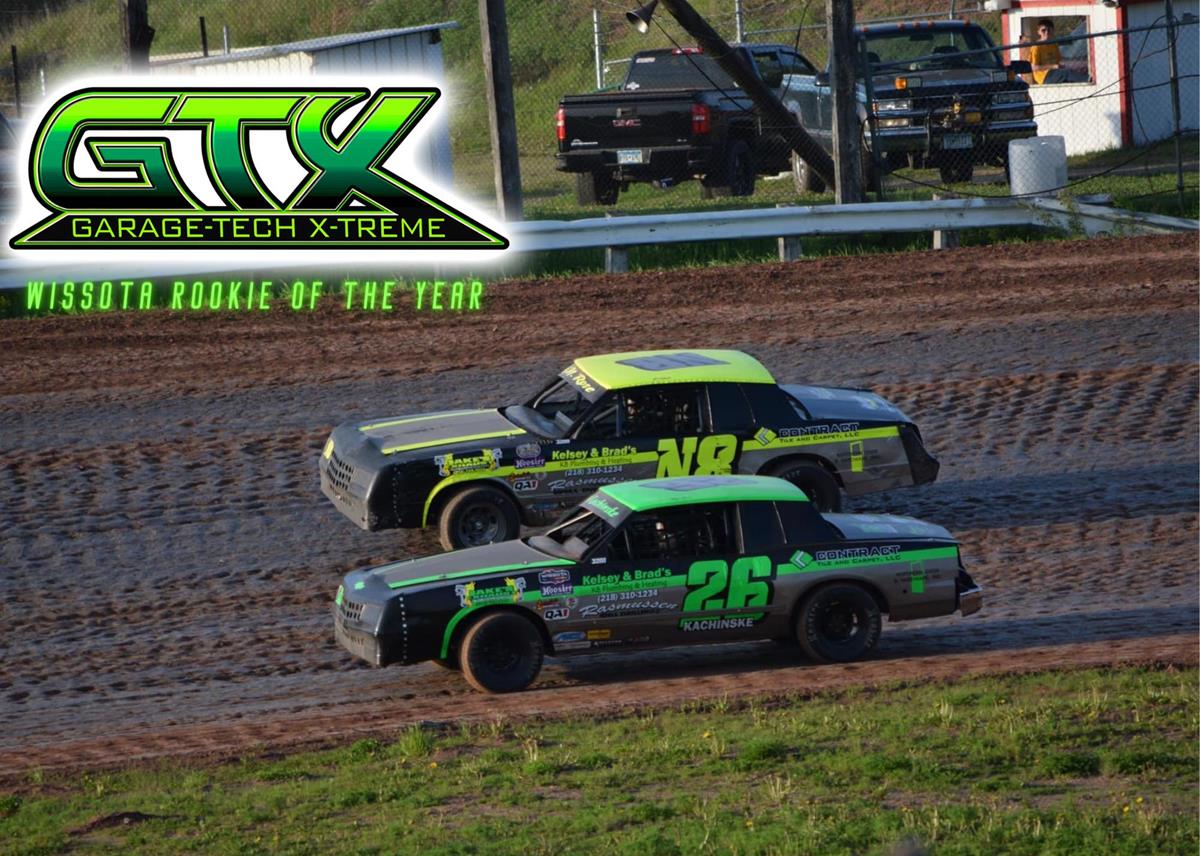 Duluth, Minnesota’s Tyler Kachinske began his racing career in the WISSOTA Hornet division in 2018 and after a two-year career in the Hornets, he moved into the Pure Stocks in 2020, before taking the 2021 season off and since WISSOTA did not recognize national points during the Covid-19 year of 2020, Tyler was able to compete as a rookie in 2022 and raced his way to the 2022 WISSOTA Pure Stock Rookie of the Year title at year’s end.

Tyler, who’s mom Christy, step-dad Nate and step brother Nate Rose Jr all race as well, along with team member Casey Fitzpatrick, so the team, MRK Motorsports fields multiple cars each night they compete. Tyler bested the other 27 Pure Stock rookies and won the title by 57 points over runner up Chaston Finckbone from Grand Rapids, MN.

One memory during his rookie campaign that Tyler remembered was back in May when he ran his brand new car into the turn four wall in Ashland at ABC Raceway on a Saturday night and was forced to spend every waking minute the following week to get it repaired the Great Lakes Border Battle at the Gondik Law Speedway several days later. He also mentioned his first ever Pure Stock victory, which came at Gondik Law on July 29th.

Tyler entered 33 events during the 2022 season and was able to race into victory lane three times during those races. He was fortunate enough to finish inside the top ten during all but one event that he entered, racking up 24 top five finishes in the process. Tyler was a regular at all three of his local tracks, competing on Friday nights at the Gondik Law Speedway in Superior, WI; at the ABC Raceway in Ashland, WI on Saturday nights and at the Halvor Lines Speedway in Proctor, MN on Sunday nights. He also wrapped up his season with a trip to the Fall Classic at the Ogilvie Raceway in Ogilive, MN.

Tyler is supported by many family members and friends including his mom Kristy, step-dad Nate, sister Brooklyn, step brother Nathan, step brother Noah and team member Casey. He is also supported by Angie, Grandpa Tim, Wanda, Grandma and Grandpa Kachinske, Jen and Tom and Marlene Rose.
Tyler also wanted to be sure to thank everyone who helped him out at the track when he was in a pinch and allowed him to get back on the track.
When asked about the successful season he just completed, Tyler said ’It’s a great feeling to know you took the one chance you had in the class to get the Rookie of the Year award along with all the hard work put in to make it to every race you possibly could and see it all pay off in the end.’

Tyler is going to use the momentum he built during the 2022 season and parlay that into a run at a top three in the 2023 WISSOTA Pure Stock National Point Standings and plans to race as often as his schedule will allow to try to accomplish that goal.