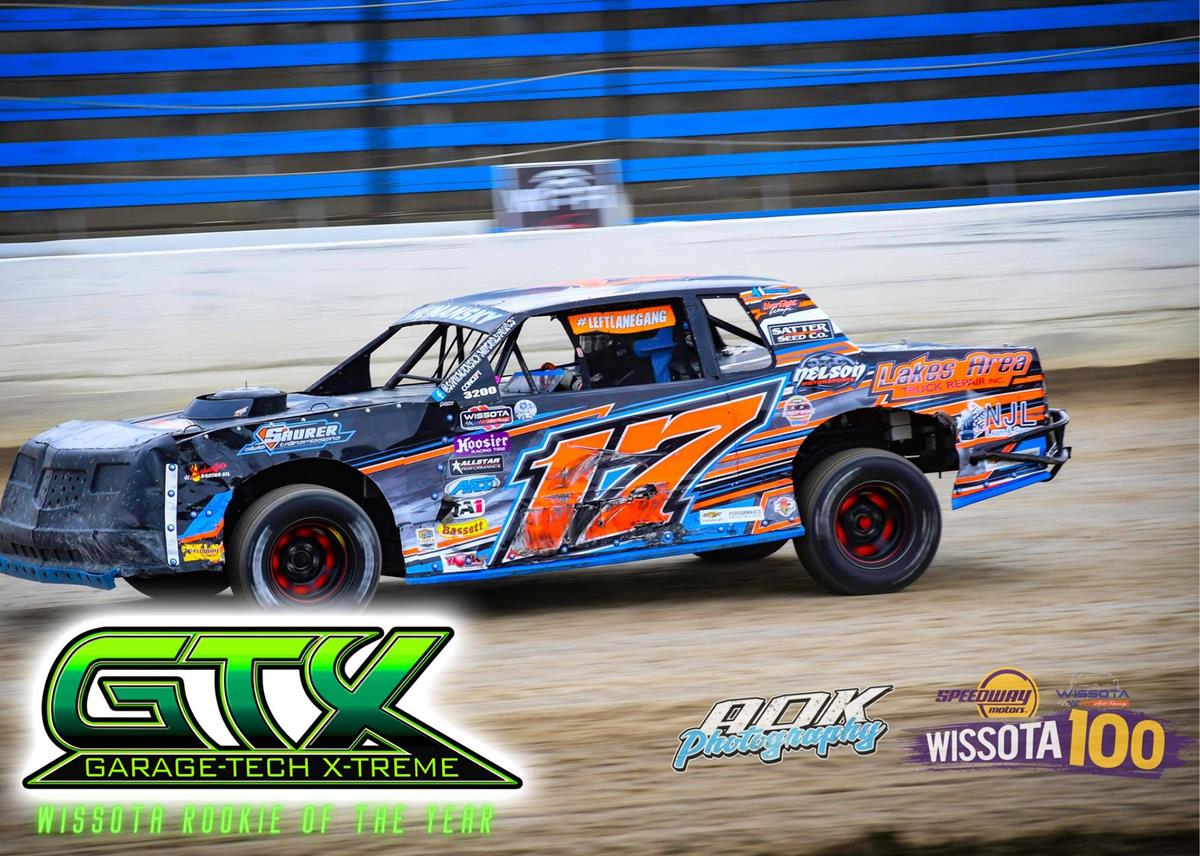 Nick, who moved into the Street Stock class in 2022 after a limited two-year career in the WISSOTA Pure Stocks in 2020 and 2021, entered 34 events this past season at 7 tracks including racing at the I-94 Speedway in Fergus Falls, MN; at the Viking Speedway in Alexandria, MN; at the River Cities Speedway in Grand Forks, ND; at the Greenbush Race Park in Greenbush, MN; at the Buffalo River Speedway in Glyndon, MN; at the Granite City Motor Park in Sauk Rapids, MN and at the Ogilvie Raceway in Ogilvie, MN.

Of the 34 events Nick entered this season, he picked a couple that stood out as fun events including his 15th to 6th run in the feature at the Viking Speedway and the second night of the Fall Showdown at the Buffalo River Speedway when he ran side by side with Hunter Carter for the entire heat race, finishing second in a photo finish by just .008 seconds at the line.
When asked to reflect on the season, Nick said ‘we spent a lot of races keeping up with guys that have been doing this for a long time and honestly just bringing the car home in one piece to keep going is a win for me!’

Sponsors on Nick’s #17 include Lakes Area Truck Repair, Steve’s Sanitation, Woodtick Lounge, North Central Inc.; Dot’s Homestyle Pretzels, NJL Lawn and Snow, Nelson Motorsports, Satter Seed Co., All Seasons Small Engine and Powersports Repair, The Cactus and Saurer Slide Transmissions.
Nick is supported by his girlfriend Sydney Goltz, his pop Cooper and Jeff Nelson as well as the rest of his family, friends, supporters and his great sponsors for being such a huge part of his success. He wanted to give a big shoutout to ‘everyone that has helped me over the season. Jeff Nelson Motorsports, Ryan Satter, Kyle, Cory and Kevin Dykhoff, Travis Saurer and the list could go on and on for a mile for the amount of support I had over the season through the highs and lows. Whether it was set up or parts or getting a transmission thrown together in a day to be able to race or turning a wrench, I really do appreciate it and wouldn’t be where I am today without them!’

When asked what being the national rookie of the year means to him, Nick said ‘it feels really good to finally have all the hard work starting to pay off and I’m proud to be the 2022 WISSOTA Street Stock Rookie of the Year!’
Nick plans on returning to the WISSOTA Street Stock division during the 2023 season, looking for his first Street Stock feature win and possibly contend for the track championship at his home track, the I-94 Speedway at season’s end.