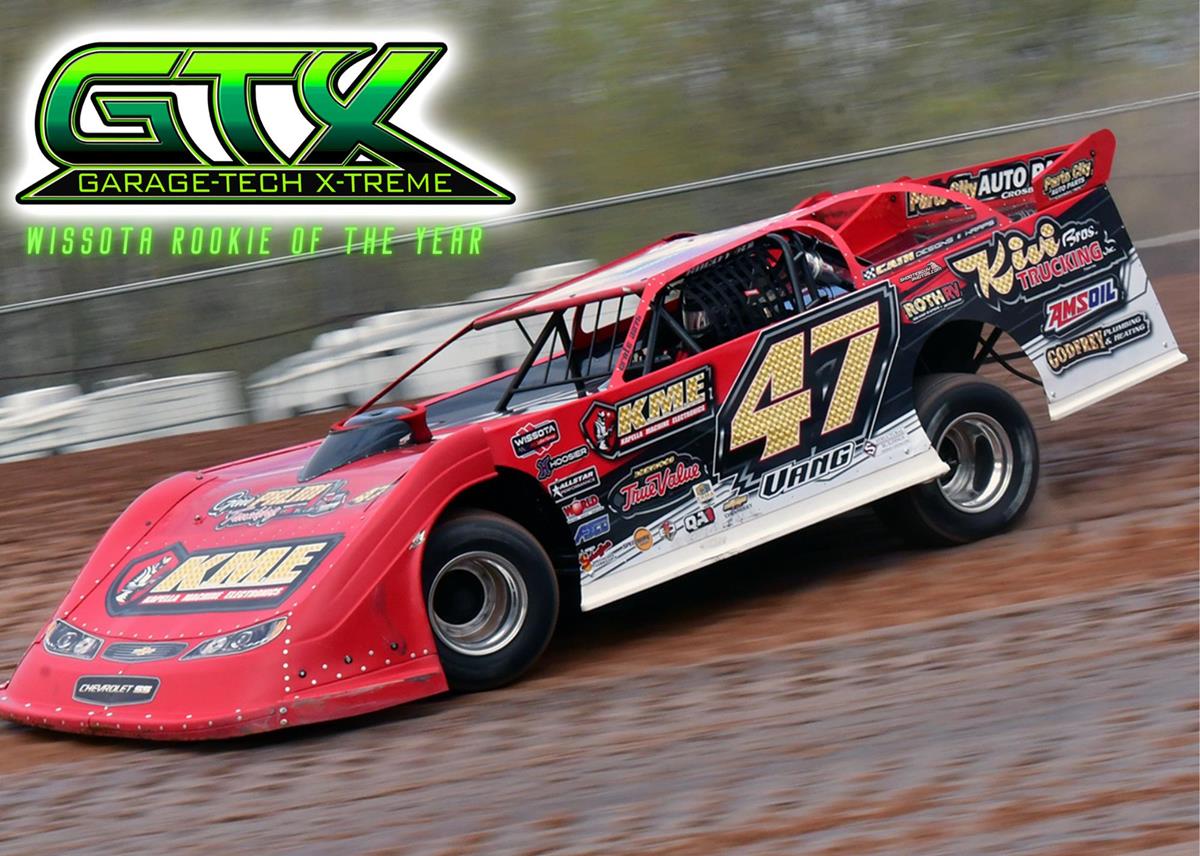 Long-time WISSOTA Midwest Modified and Modified pilot Danny Vang from Deerwood, MN made the leap into the full-fendered WISSOTA Late Model division in 2022 and had an incredibly successful season, which earned him the title of the 2022 WISSOTA Late Model Rookie of the Year when the season wrapped up.

During the 54 events he entered, he picked up 4 wins, at 4 different tracks, during his rookie season en route to his Rookie of the Year title. He was also able to parlay his solid season into a solid third-place finish in the final WISSOTA Late Model national point standings and capped off his season with 46 top-ten finishes during the 51 feature races he started.

When looking back at the ’22 season, Danny recalls several events as memorable including his first-ever Late Model feature win, which came at the I-94 Speedway in Fergus Falls, MN in May in just his fourth event of the season. He also won the Kivi Bros. sponsored night at Gondik Law Speedway in Superior, Wi, which was a big night for his team since Kivi Bros. is a major sponsor of his team. Another milestone on the year was when he ran inside the top five on three occasions and picked up two podium finishes during the XR Northern Storm Series. Along with those events, winning the Halvor Lines Speedway Track Championship and being crowned as the Minnesota State Champ were big accomplishments this past season as well.

He is supported by his wife Anne, their daughters Lilly and Olivia as well as his dad Ollie, Brian and Josh. Danny also wanted to give a big shoutout to longtime racer Harry Hanson for mentoring him throughout his rookie season.

Being the Late Model Rookie of the Year has been a bucket list item for Danny for many years. He said ‘when Pat Kapella presented the opportunity to drive one of his Late Models at the end of the 2021 season, I was like a kid in a candy store. This was a once-in-a-lifetime opportunity so we kept focused all season but at the same time it has been one of the most enjoyable seasons in quite some time.’

Danny said of his 2023 plans ‘after many years of racing Modifieds, I think we have found our place. This has been a great year and we are already excited to get rolling for 2023.’

Promoters who join the organization become, in essence, part owners of the racing organization and are expected to contribute to its overall success. Each November, the WISSOTA annual meeting is held; the member promoters gather annually in this forum to discuss the future of the organization. Member promoters are given the opportunity to vote on all organizational policies and procedures as well as rules for competition in the various racing divisions. WISSOTA’s member promoters and racing associations have spent approximately 30 years of hard work at the annual meetings crafting unique rules for each of the divisions, which are known as WISSOTA Late Models, WISSOTA Modifieds, WISSOTA Super Stocks, WISSOTA Street Stocks,
WISSOTA Mod Fours, WISSOTA Pure Stocks and WISSOTA Hornets.